This is how I got approached regularly while I was walking on the street anywhere in Vietnam. Random strangers say hello to you and tell you that they would simply like to talk to you. Although being approached by locals seems nice at first sight, this kind of behaviour makes most travellers a bit wary. I had to learn that unfortunately in many cases it means that someone acts nice in the beginning and in the end simply wants to sell you something or even scam you.

Luckily, the people that approached me where genuinely interested in talking to me. The background of that phenomenon is that for a country that is relatively touristic, the people in Vietnam speak surprisingly little English. I realized that immediately when I entered the country from Cambodia – Vietnam in general is more developed than Cambodia, and there is more tourism infrastructure, yet when I crossed the border I was suddenly unable to communicate with anyone, because even in 3 star hotels the receptionist couldn’t speak a single sentence in English, while in Cambodia it was never hard to find someone who spoke English. When I asked a local about this, he told me that kids learn English at school, but apparently they are taught only vocabulary and grammar rules, but never actually speak. This reminds me of the way I learned Latin in school, but doesn’t sound useful to learn a language in order to actually speak it.

The situation got a bit better when I came to areas with more foreign tourists, but even in the big cities and beach towns most people speak only the kind of English that is needed for typical tourist interaction. Having a normal conversion about non-tourist issues is still impossible with most people. What makes the situation even more complicated is that many people have (in my opinion) accents that are extremely hard to understand. Maybe also because they learn the vocabulary in school, but never learn how to actually pronounce it? I took a couple of guided tours, and with some of them I could hardly understand 50% of what the guides told us due to their accent, although they spoke quite fluent. Like the guide in the Cu Chi Tunnels in Ho Chi Minh City, that told us a lot of really interesting things about the war and the how the Vietcong fought against the USA, but sadly I didn’t get half of what he said. 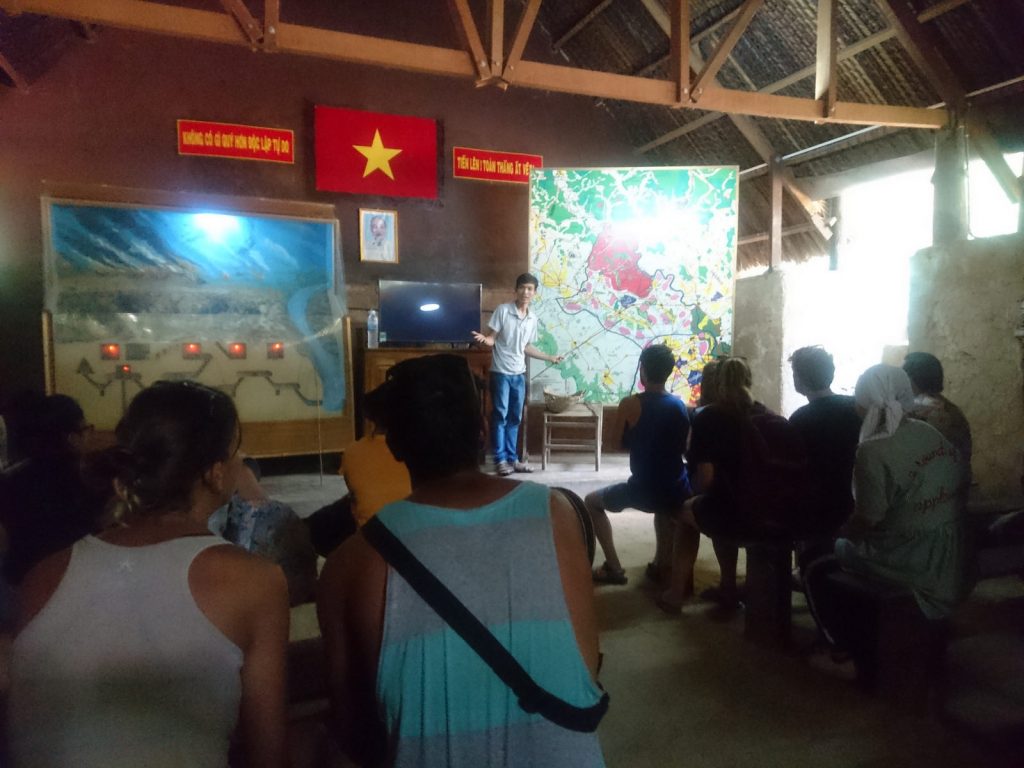 But apparently the things are changing now, and many people realize that foreign language skills are important. So there seems to be a boost of learning centers for adults. And these learning centers actually encourage their students to walk in the city and randomly chat up foreigners. This way I talked to a couple of nice locals, like the ones in that picture: 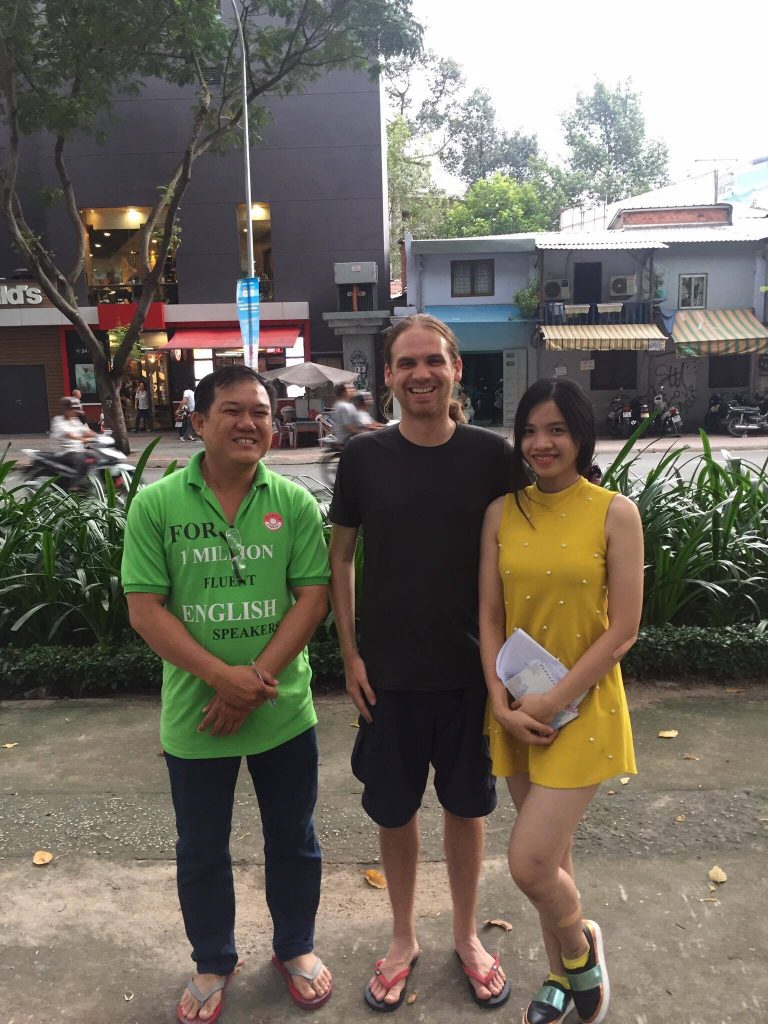 It was a group of three people, two of them spoke good English and wore a T-Shirt with the slogan “For One Million Fluent English Speakers”, and a third one was their student. I talked to them for a couple of minutes, and while it was only a very basic conversation about where I am from and where I am travelling, it was really nice to chat to them. I think this is a great initiative, it can benefit the local population as well as tourists, so if you ever find yourself in Vietnam being approached by someone who just wants to talk English, don’t hesitate and give them a couple of minutes of your time!

One thought on “Please Talk English to Me!”