Vietnam is a hot country. Especially in the south, the temperatures are high all year round, and if you are there in the rainy season as I was, the climate is especially tough. So when I heard that there is a city not too far from Saigon that has a cooler climate all year round, and that city is also a good location for outdoor activities, I didn’t take long to decide that Dalat would be my next stop.

When I arrived, the temperatures were indeed a lot cooler than in the other parts of the country. Still they couldn’t be called low, it was maybe 15°C, which didn’t stop the Vietnamese from wearing woolen hats and thick jackets. The city is in a pretty, mountaineous highland that, with its hills and pine trees instead of jungles, remembered me more of pictures from China or even Europe. And there is indeed a lot of outdoor stuff to offer, and I did the thing that sounded most exciting, a canyoning tour at a nearby river. Definitely one of the best things I have done during my whole trip. 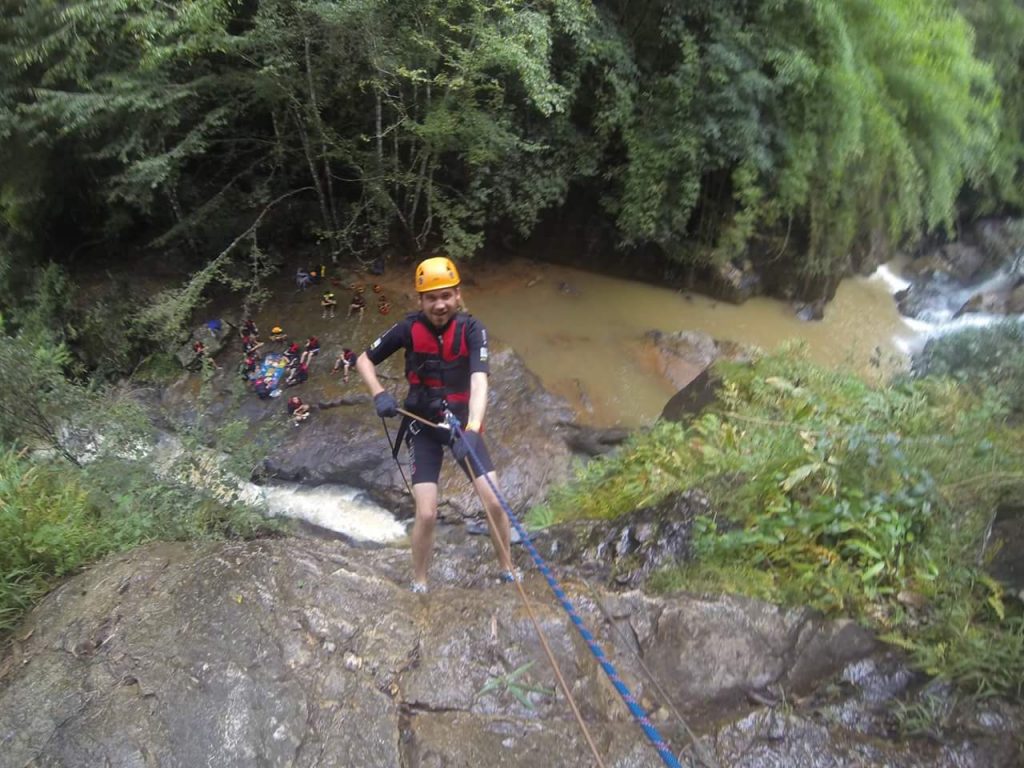 The “canyoning” was mainly abseiling from cliffs… 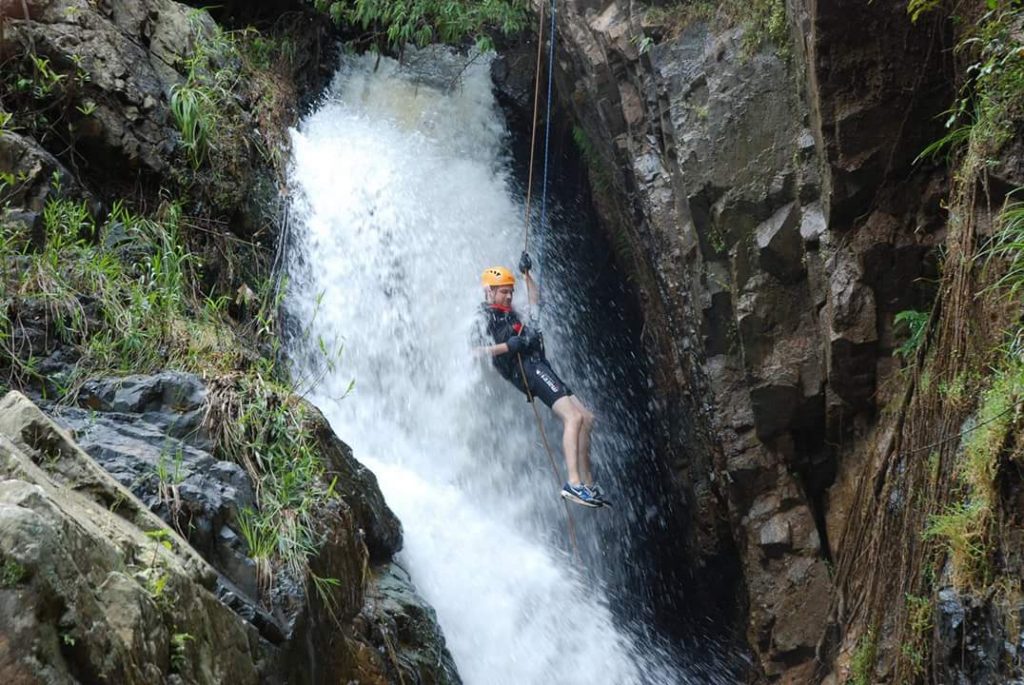 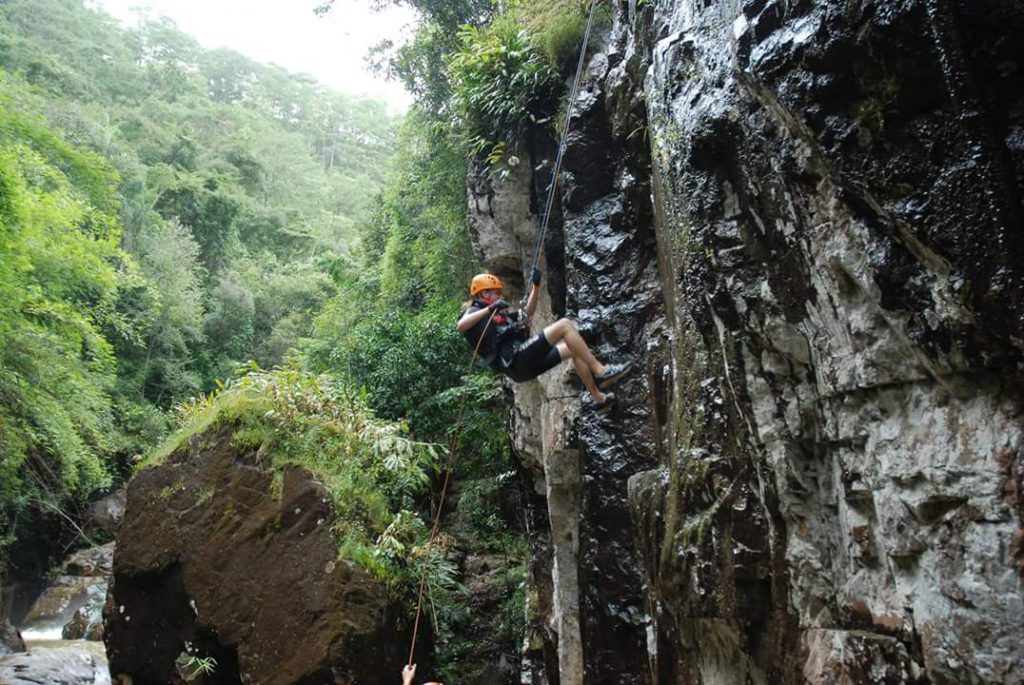 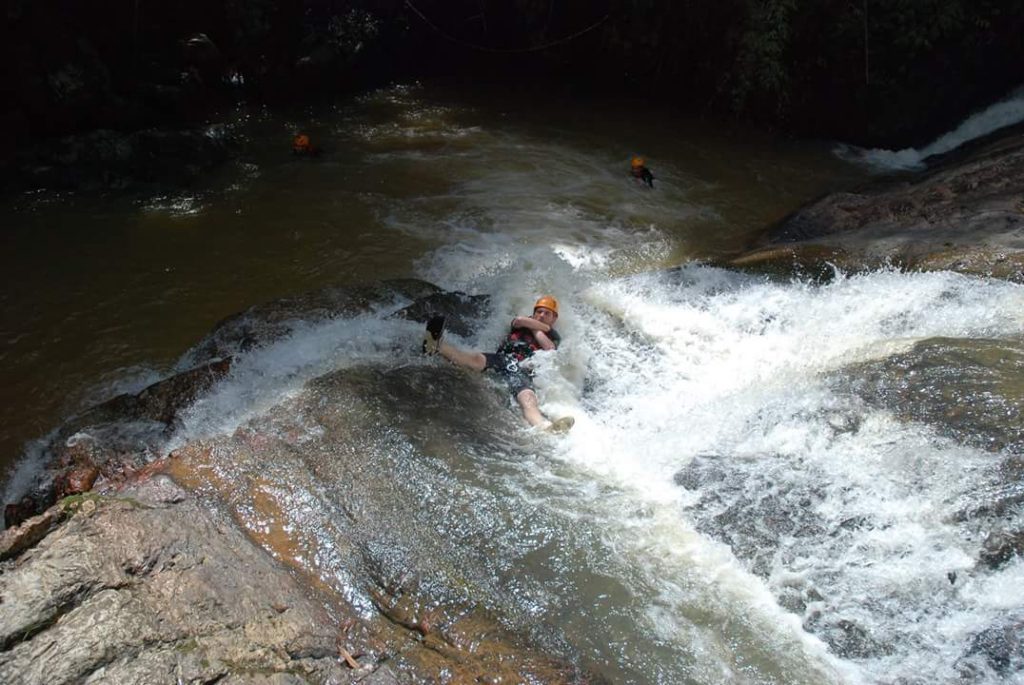 … and a crazy water slide down some rocks… 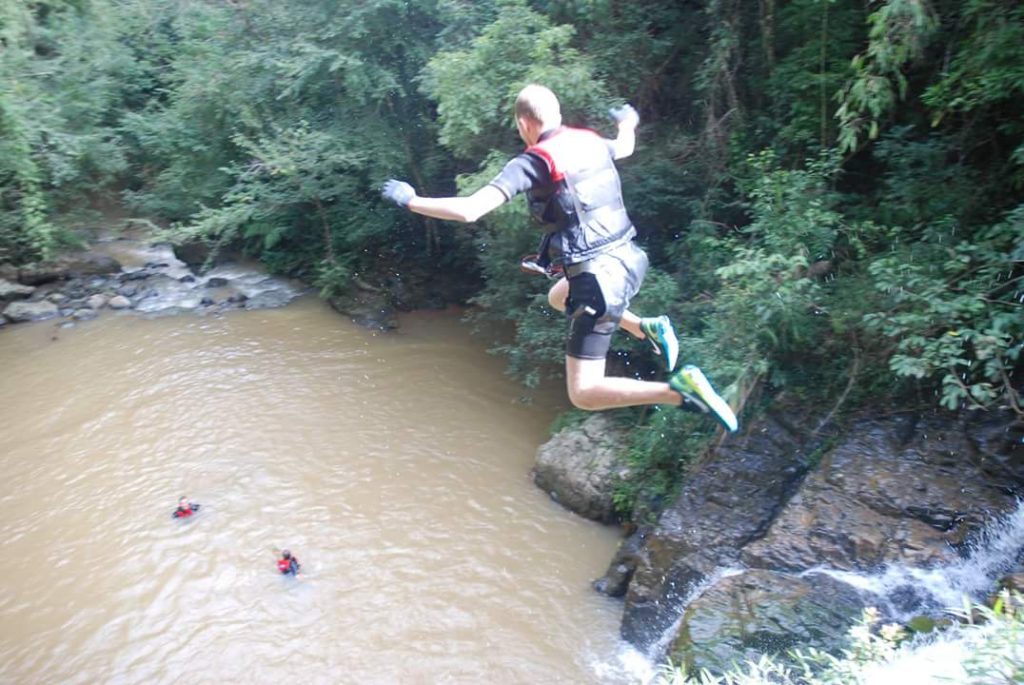 … and some cliff jumping (This is not me, I was a lot less photogenic during my jump).

Another thing Dalat is famous for is that it is the Vietnamese capital of romance and honeymoon holidays. To emphasize what this means, it should be noted that the Vietnamese are really, really into kitsch. Attractions aimed at locals are often kitschy to an extent that seems simply absurd to Westerners. While western tourist most often search for unspoilt and original nature and culture, it seems that the Vietnamese only enjoy something when it has been “enhanced” with artificial statues and cheesy accessories.

And which place would be better to be overloaded with kitsch than the honeymoon capital? In some places in Dalat, you can see how kitsch is taken to a new level. Like at the local mountain Langbian, where someone for whatever reason decided to paint living horses with zebra stripes. 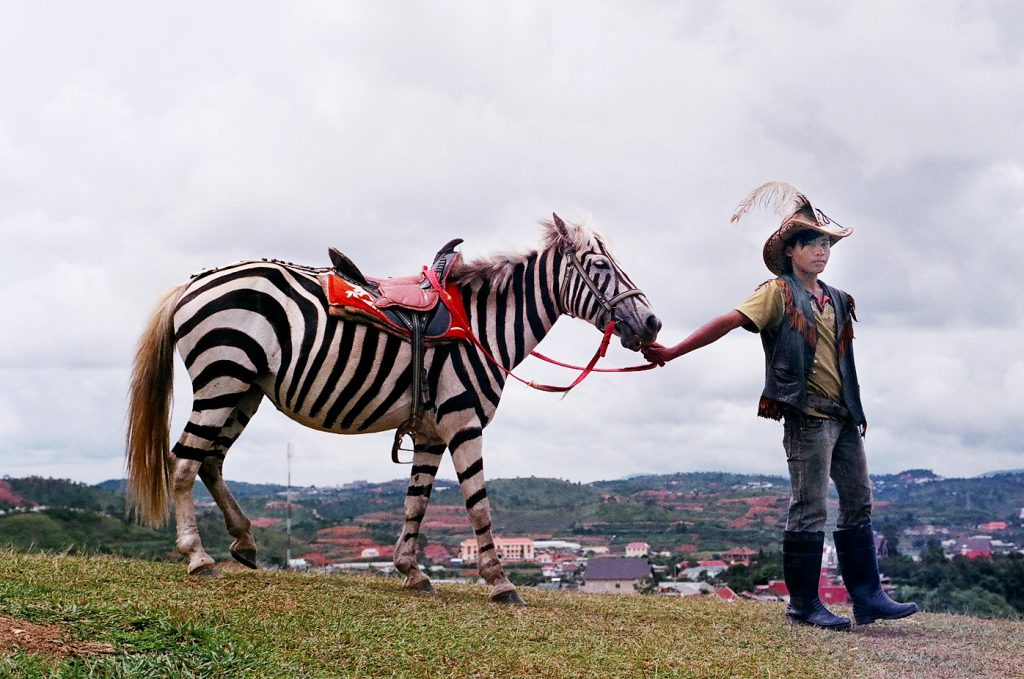 This is a horse.

Or like in the flower garden, where you are greeted by Ms Bee, Mr Carrot, Mr Strawberry and Mr Sunflower… 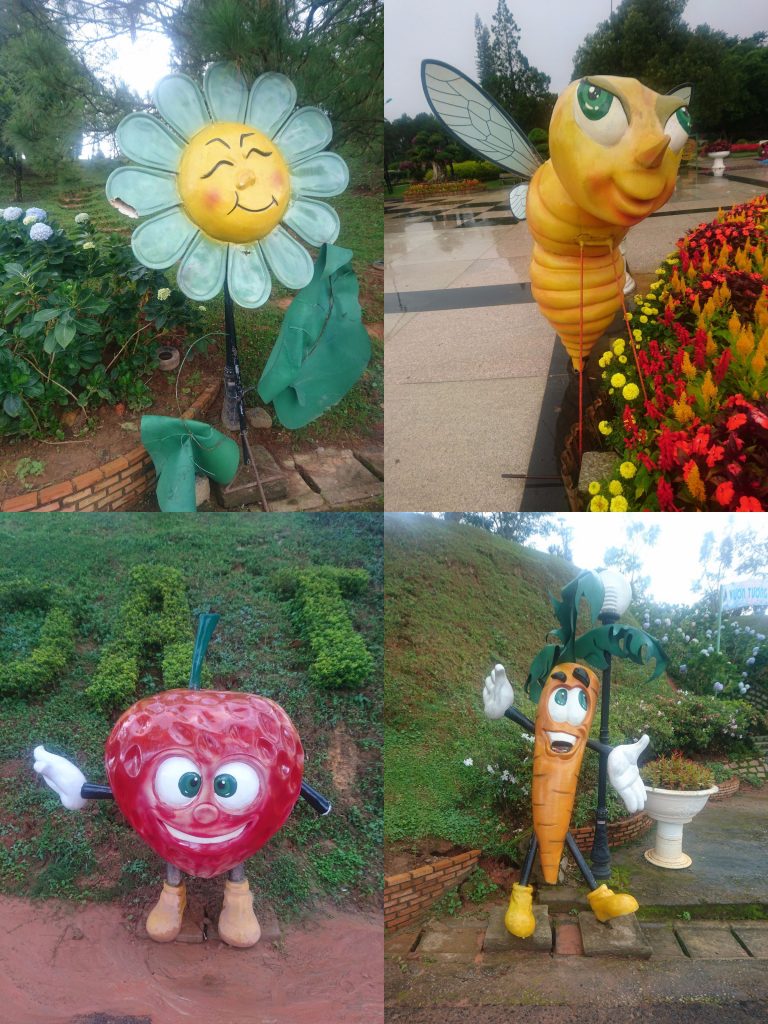 .. and then you learn that it is not enough to simply have bushes in a botanical garden. No, they HAVE TO be cut into a shape of a giant tea pot… 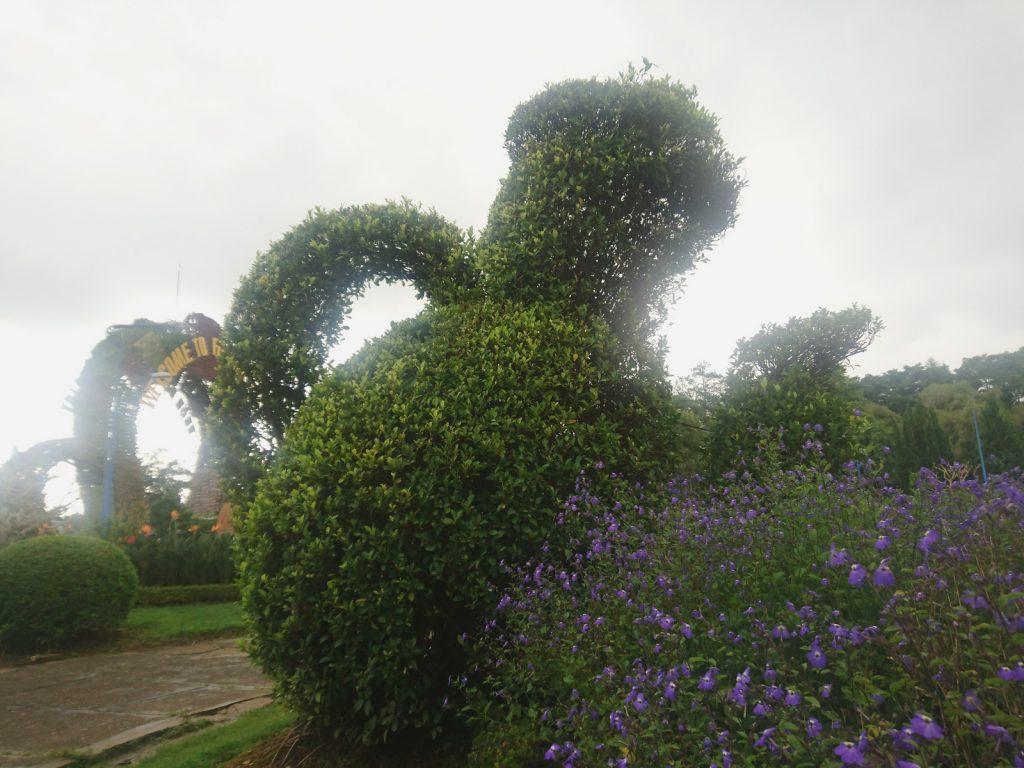 … and of course you can’t do a garden without a horse-drawn carriage completely made out of glitter. 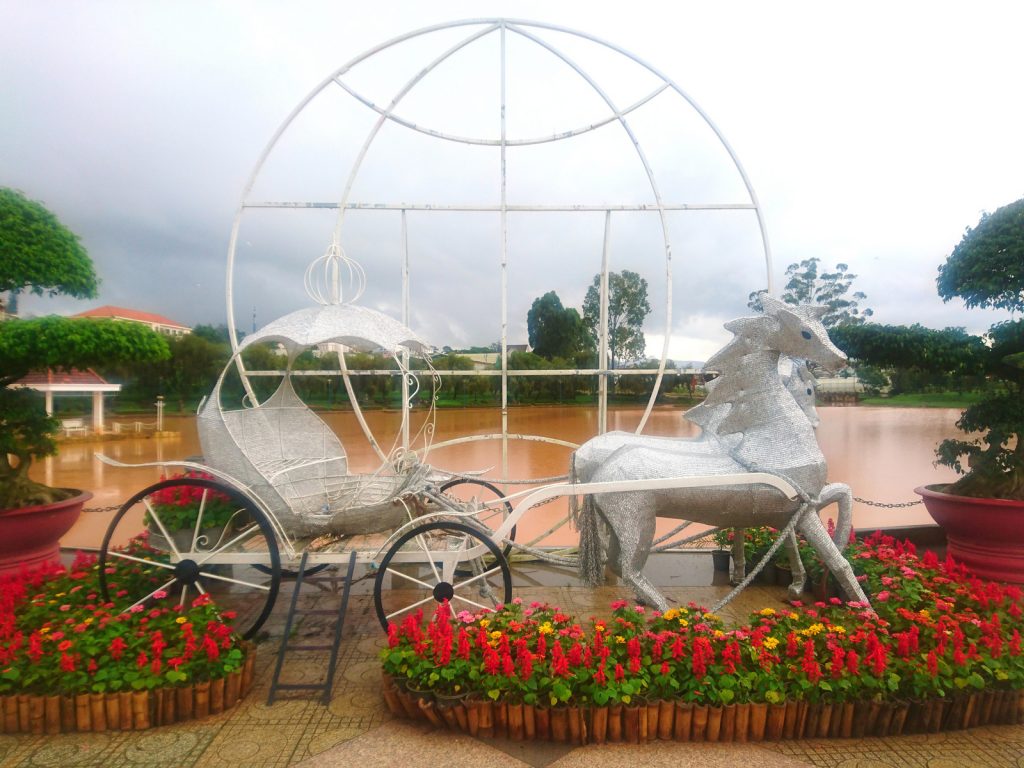 The biggest question mark for me was why the hell they put an 8 meter high wine bottle into the middle of the garden. 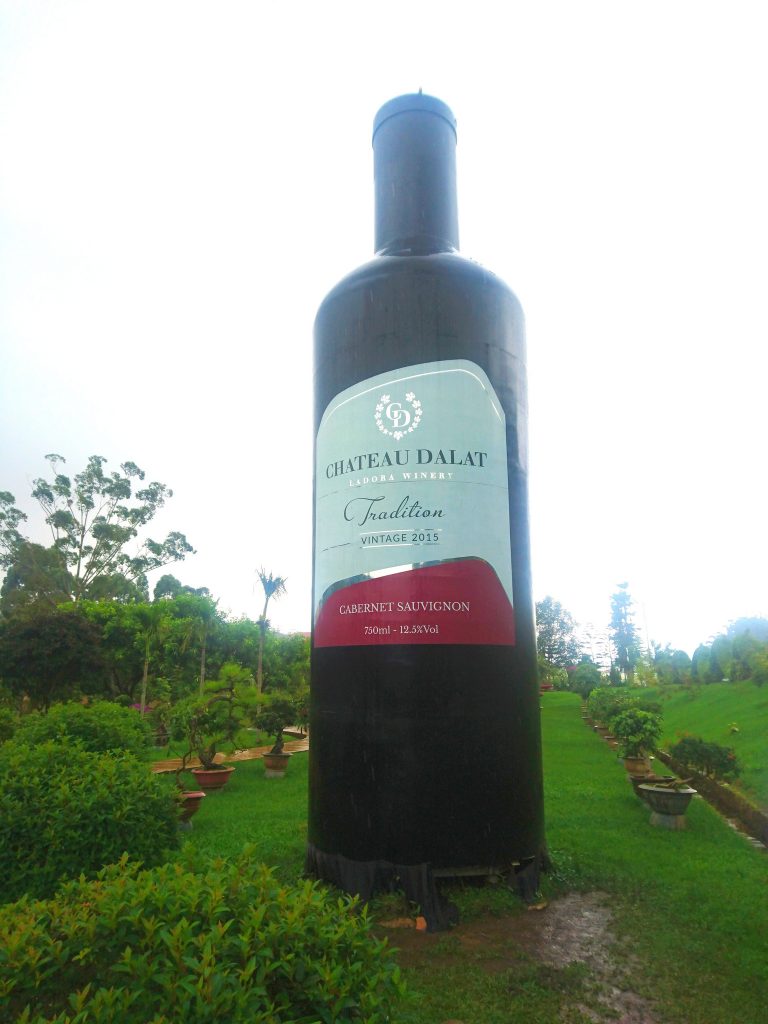 There are some local food specialities from Dalat, one of them the Dalat Pizza. Guess how it looks. 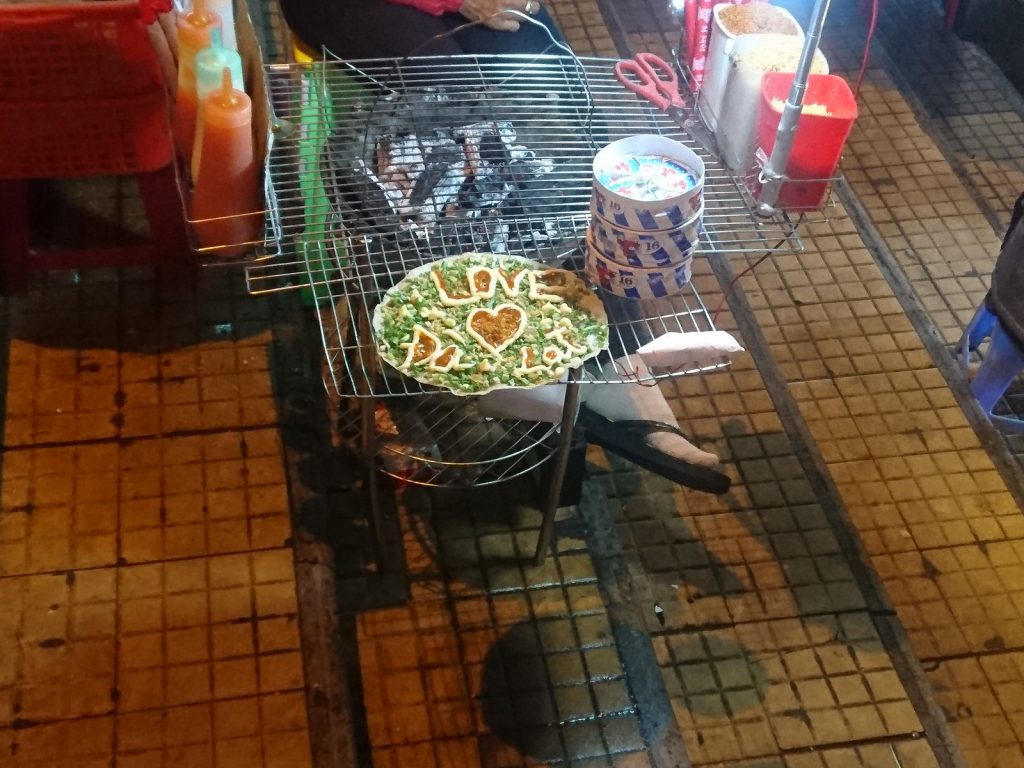 And I didn’t even see the “Valley of Love”, which is supposed to dwarf everything else in the city kitsch-wise.