3 days before i arrived there, I had never heard of the Phong Nha Caves, but it turned out to be the most impressive place of my whole trip. Somehow I had completely missed to know about Phong Nha, but suddenly everyone was talking about this remote place in the mountains where you can visit a national park with huge caves, and everyone who had been there was pretty enthusiastic about it. So I spontaneously changed my plans and went there, and it turned out to be the best decision I have made since I started my trip.

The National Park is in a rural area of Vietnam close to the Laos Border and recently got a bit of media attention because in 2009, the biggest cave in the world was discovered there. It is called Hang Sơn Đoòng Cave and is so huge that a Boing 747 or a 200 m high skyscraper could fit inside. I have never been enthusiastic about caves, but to me that sounds pretty exciting – unfortunately this cave can only be visited on an expedition that takes 7 days, costs 3,000$, and there are only 500 places available each year which are booked out for the next couple of years. But luckily there are a lot of other caves in the area that can be easily visited from the tiny Phong Nha village. These caves are not as huge as Hang Sơn Đoòng, but to someone like me who has never been in a cave bigger than a living room, they are for sure large enough to thrill me.

The first cave I visited was the Phong Nha cave, after which the National Park was named. It is accessible via boat, because the cave entrance is the point where an underground river comes out of the mountain. 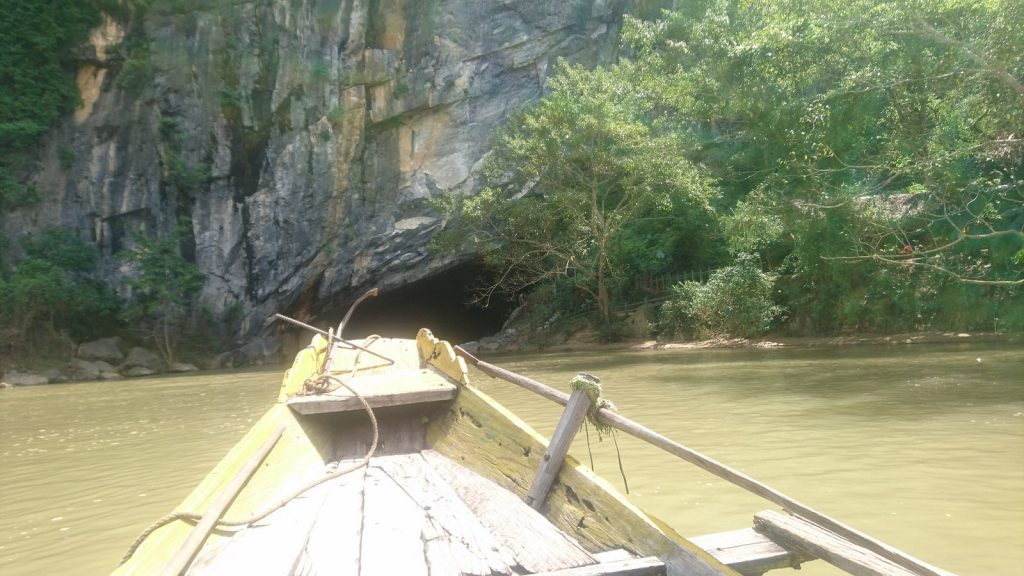 The boat took us 1 km deep into the cave, but actually the river is more than 10 km long until it comes out at the other side of the mountain. Already this cave, which is supposed to be the most unimpressive, blew my mind – you silently go with the boat on the river while watching the rock ceiling 30 m above you and pass a lot of crazy rock formations.
Once again, my smartphone camera is not nearly good enough to make appropriate pictures of these caves. So I post some pictures here that I made myself, but just imagine that in reality everything looks 10 times more impressive, and I also took some more professional pictures that I found on the internet. 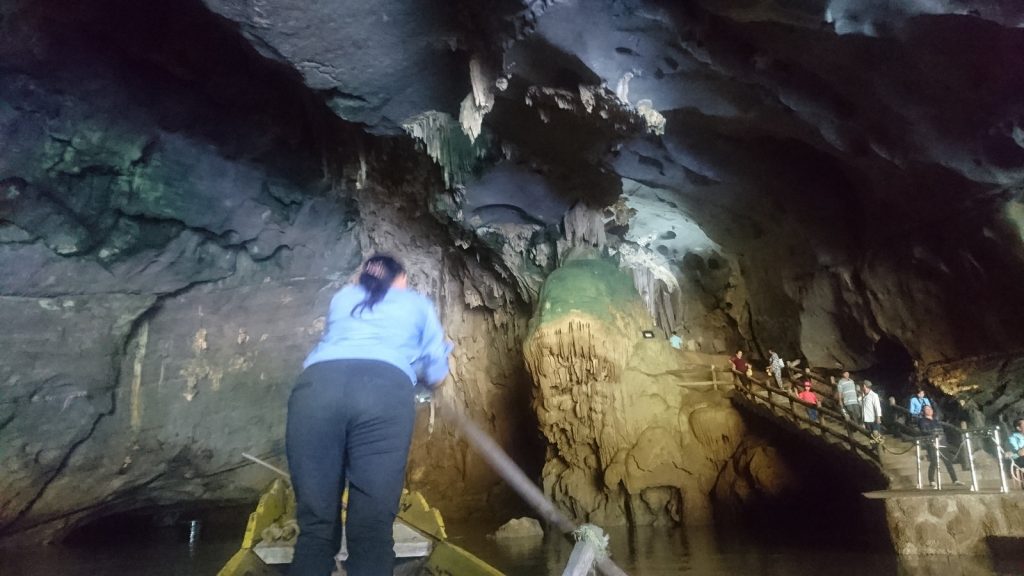 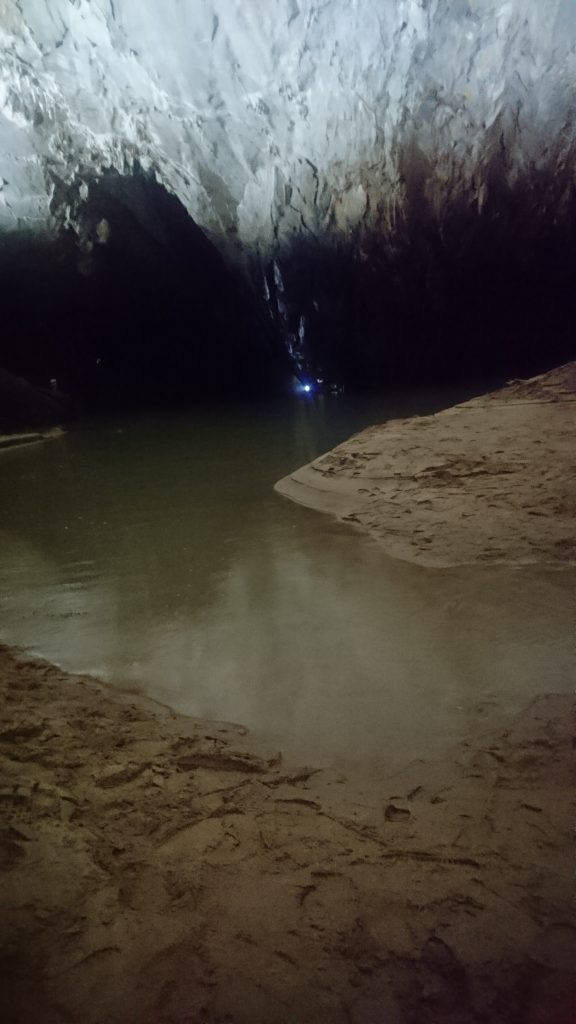 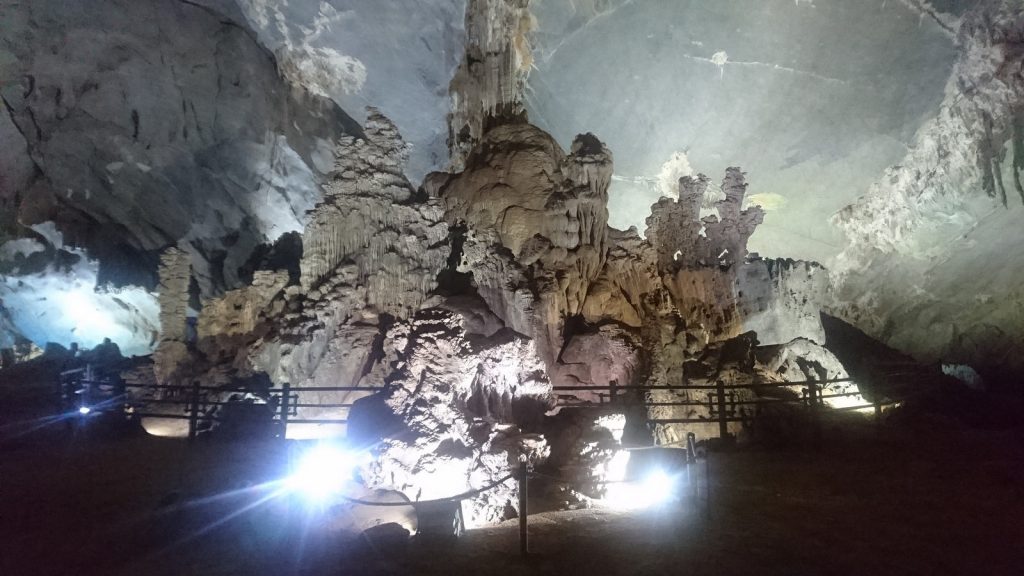 Phong Nha cave was discovered first because the river entrance is so obvious. But more and more caves keep on getting discovered until today, and right now the most beautiful one to visit is Paradise Cave which was discovered in 2005. To get in, you have to walk a bit up a mountain and go through a tiny entrance. After that a huge cave system opens in front of you that goes more than 30 km deep into the mountain. For tourists, the first kilometer is accessible. You can walk on boardwalks through the gigantic halls that are sometimes 100 meters high and watch rock formations that are even crazier than in the Phong Nha cave. There are huge rock towers, Stalagmites and Stalactites as big as buses, underground ponds and so on. 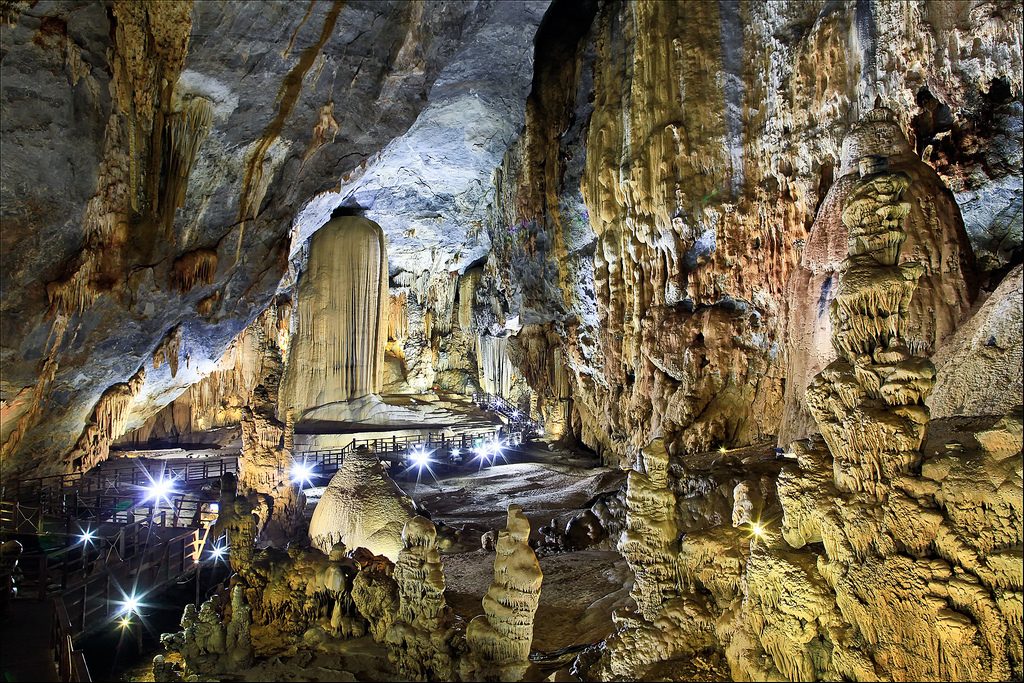 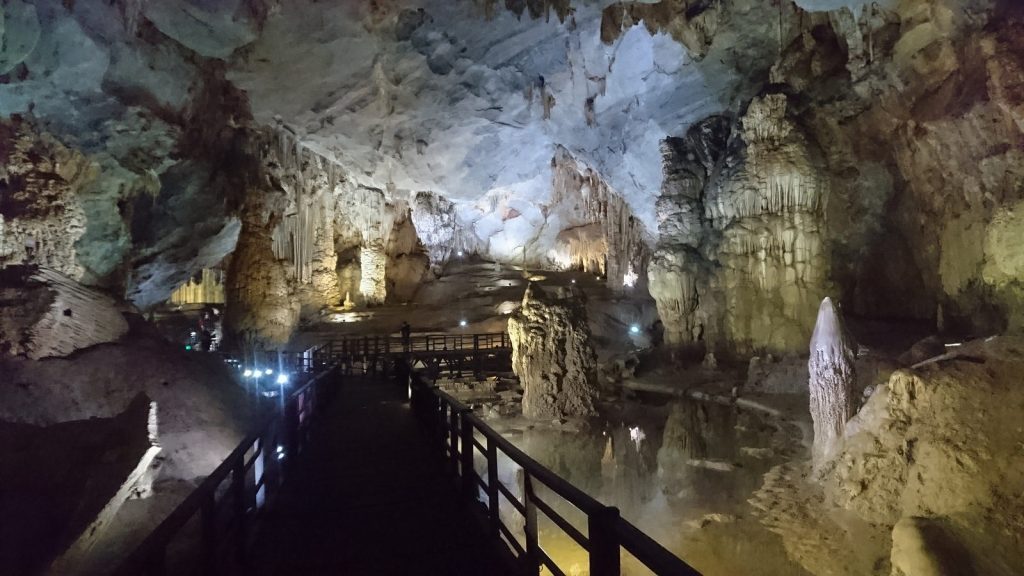 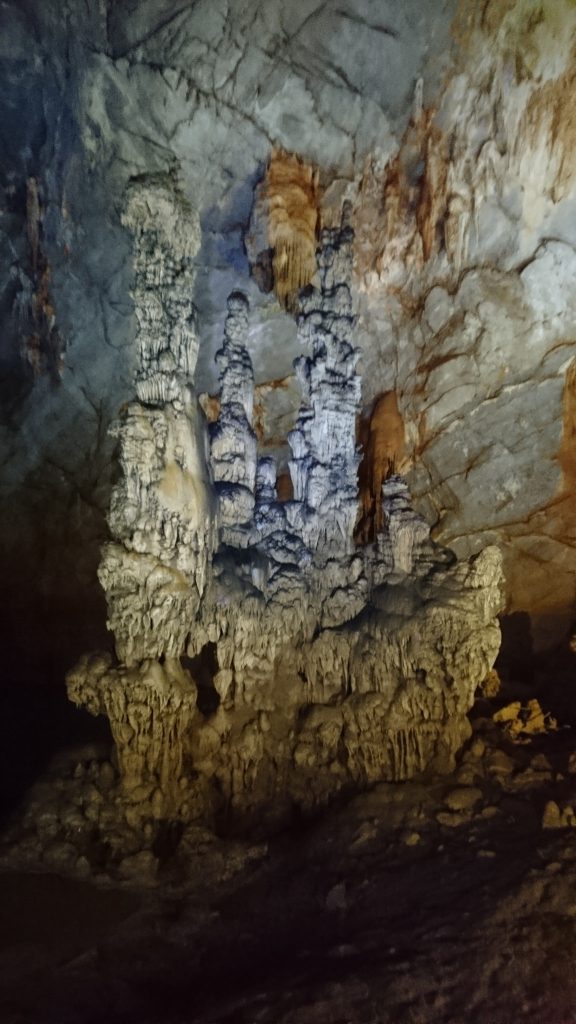 This cave is the main tourist attraction here, and while the whole area is far from mass tourism, there can be quite a few people inside the cave. I found it a bit annoying that some tour group leaders seriously talked to their groups using a sort of megaphone, which disturbs the tranquil atmosphere immensely, but I always managed to run away quickly to a different part of the cave when they approached me.

The surrounding national park is not less beautiful than the caves, and there is a lot to discover – lush jungle forest, a botanical garden, or a nice pub where you can kill your own dinner before you eat it (I didn’t do this). Phong Nha was my favourite place in all of Vietnam (actually I can honestly say that it is the most amazing thing I have seen in my whole life) and I will certainly go back there to see more of the caves. For instance, a tour I really want to do takes you a lot deeper into Paradise Cave then tourists normally are allowed to, which is then a real caving experience with crossing underground streams in complete darkness. And who knows, maybe some day I will be able to do the long trek to the worlds biggest cave, this is high on my travel todo list now!