I started my journey with a train that left way to early on a Friday morning in Frankfurt. After a train change in Berlin I went on to Warsaw, my stop for the first two nights. Basically this is already all I can say about this train ride, because it was particularly unexciting – I heard Poland is a nice country, but honestly what I saw was pretty boring. The country seems to be entirely flat, at least in this area. A polish friend told me that she spends the summer in the mountains in Poland, which I cannot really believe right now because on the whole way I have not seen any hill with more than 10 meters in height.
When I arrived, this was my first impression: Just next to my hostel, there was a bar called “Tel Aviv” (left on the picture) and just opposite to it “Beirut Hummus Bar” (on the right), and a police car with flashing lights in between…  Nothing bad seemed to have happened, though. 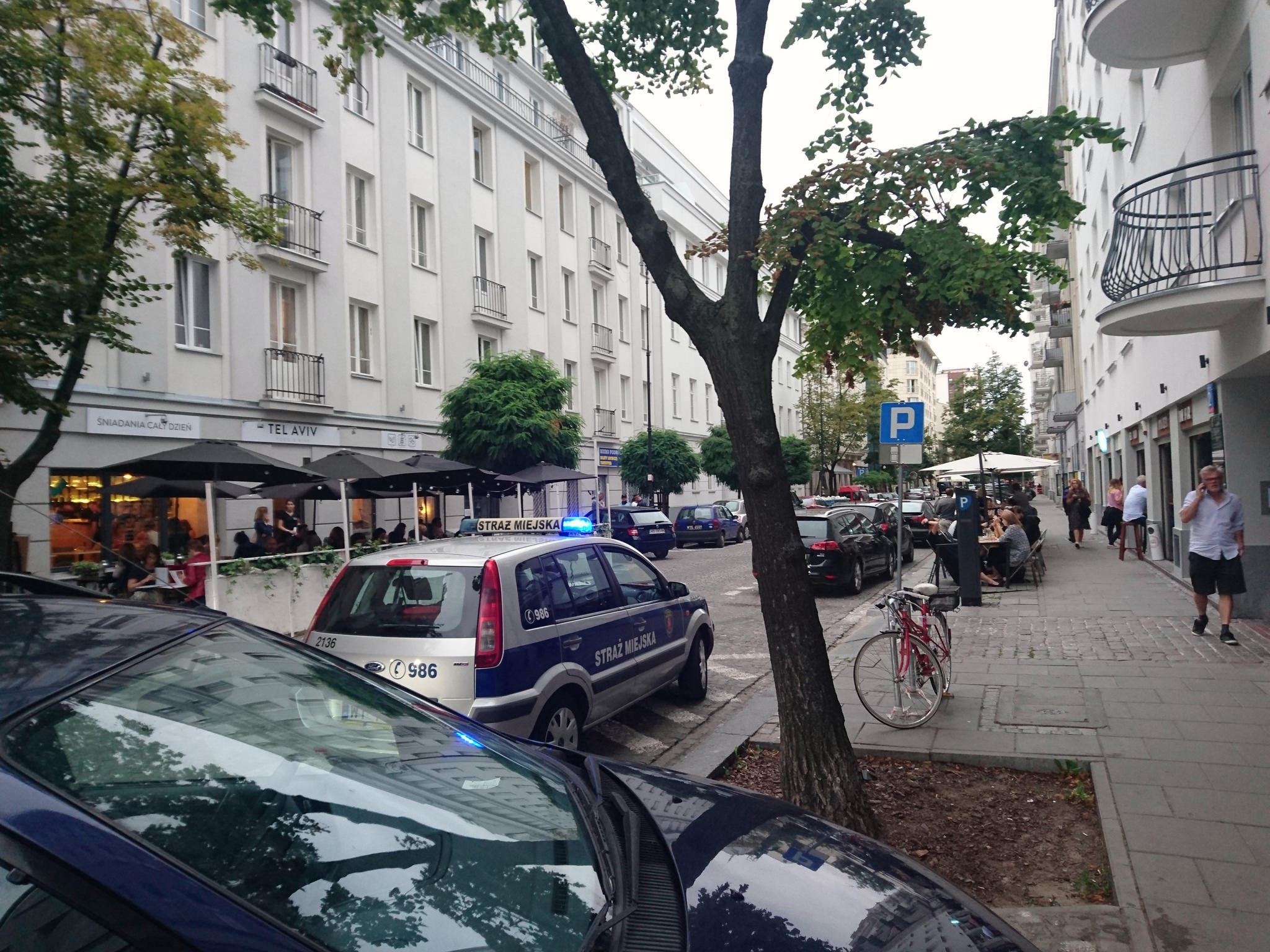 Having little time in Warsaw, I could only do a bit of the ordinary tourist stuff, so I joined a walking tour through the old town, which is the historical center, although it was built only 60 years ago. This is of course due to the fact that the entire city was destroyed in WW2 – which happened to many other cities as well, but apparently Warsaw was particularly devastated so that there was really nothing left anymore. We were told a lot of stuff about the history during the tour, which is too complex to repeat it here. One funny little thing that we saw during the tour is this house: 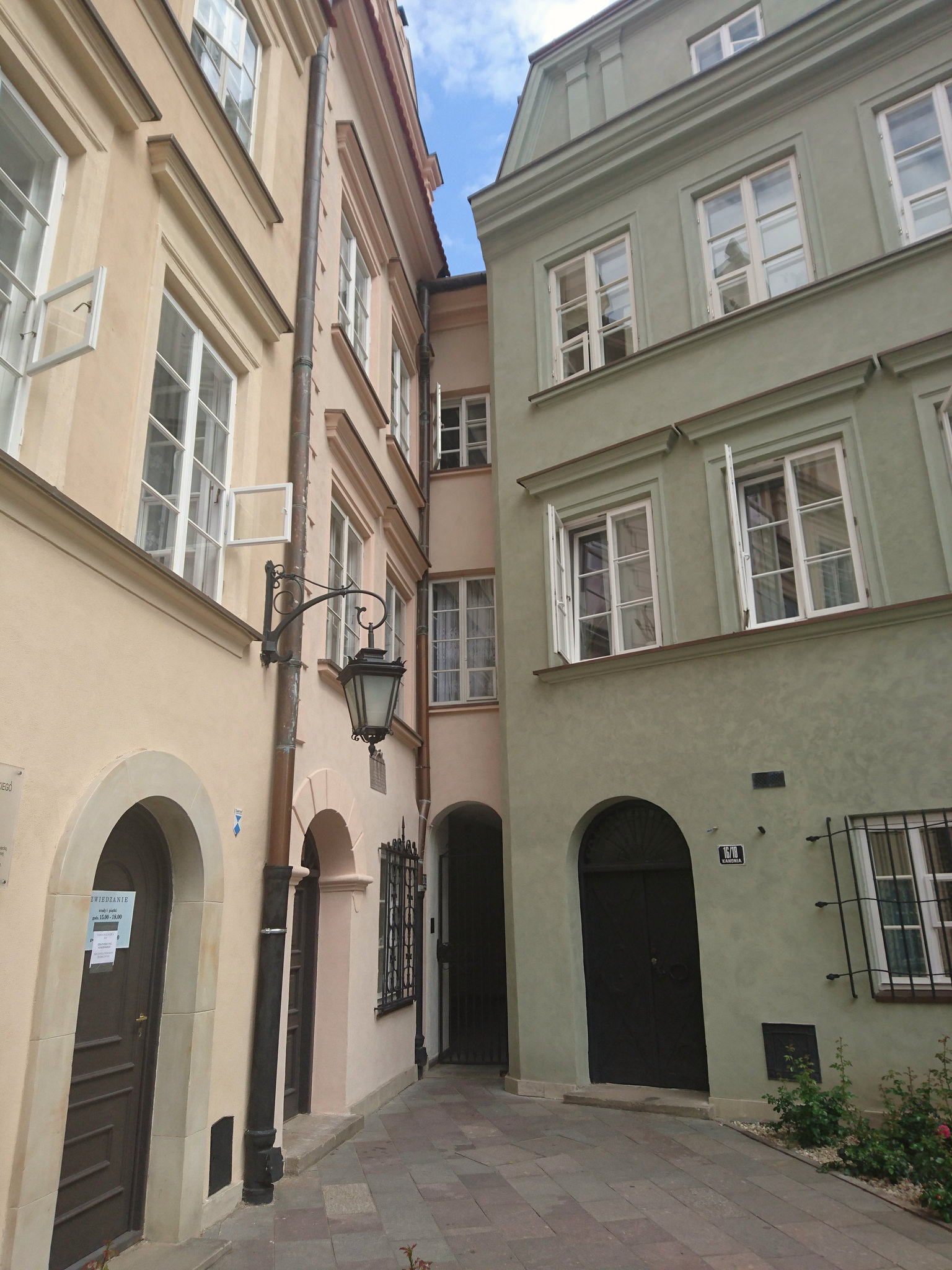 The tiny thing in between the two houses left and right is actually a third house. I have seen this in some other european cities as well, but not in this extreme way: A few hundred years ago, you had to pay tax according to how large the front facade of your house was and how many windows it had. So if you were a smart person these times, you built the front of your house just one meter wide and with only one or two windows, just as the guy that owns the middle house in the picture… 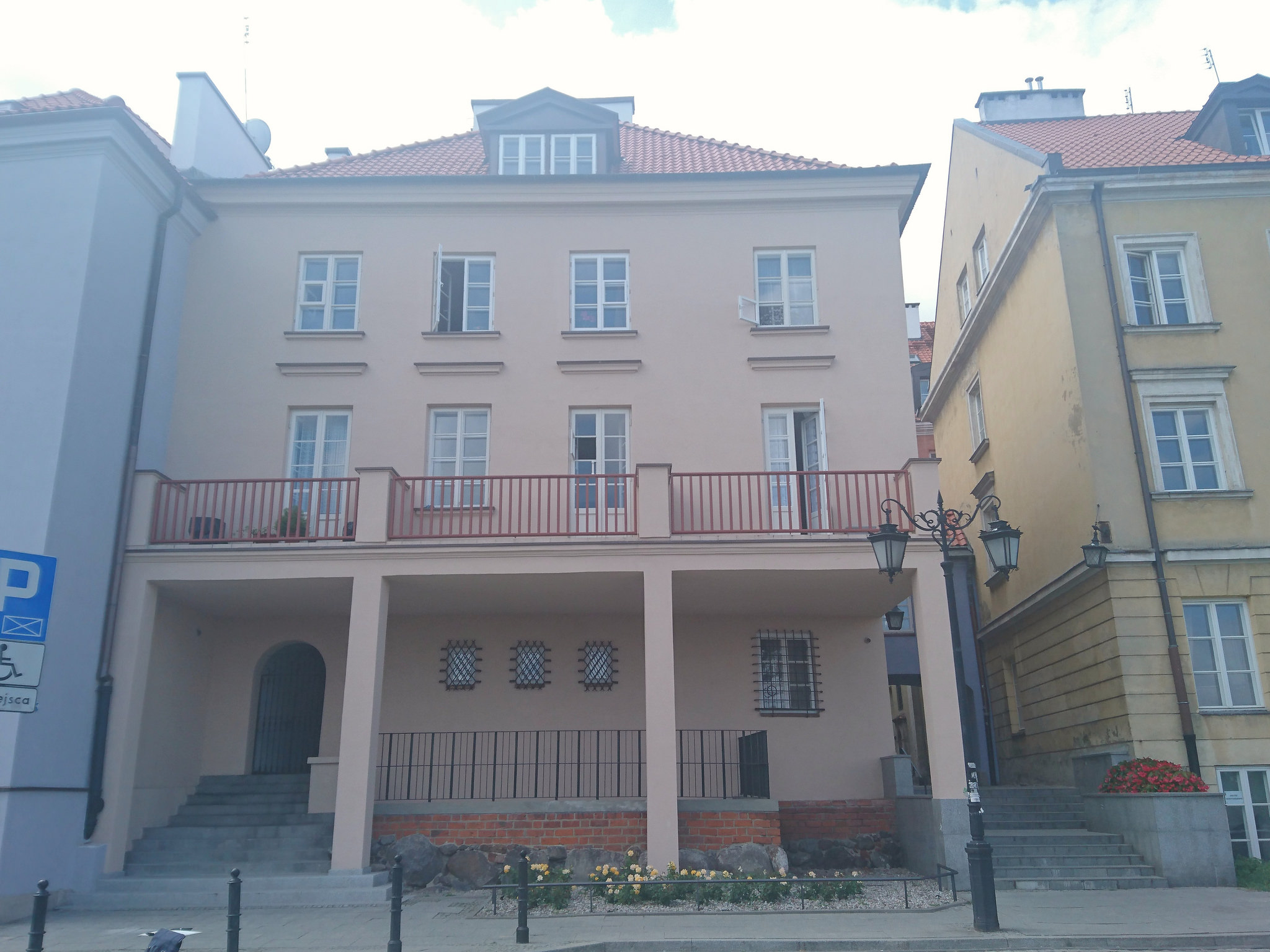 and this is the back view of the same house.

I would have liked to have spent more time in Warsaw, but as my schedule was pretty tight in the first part of my trip, I had to leave already on the next morning. It seemed to be a nice city with a pretty relaxed vibe, not as beautiful as other eastern european capitals though.

A day later I boarded the train to Moscow. It’s a night train, doing the route Paris – Frankfurt – Berlin – Warsaw – Moscow twice weekly. I was pleasantly surprised by how modern the train and its equipment looked. The cabins have proper beds, which are actually quite comfortable. I second class, you sleep in a cabin with 3 other people. Most of the passengers seemed to be russian. And most of them do not speak a single word of english. This includes the car attendant, so communication can be quite difficult, but somehow it always works to sort out any problems that you have during the trip.

The train leaves from Warsaw and goes around 20 hours to Moscow, crossing Belarus in between. That seemed to be particularly interesting to me, because who has actually ever been to Belarus? At the border, the train stopped and the whole visa procedure for Belarus and Russia proceeded, and I was briefly interrogated about my trip and what I have in my luggage. After the customs stuff, which already took more than 2 hours, the train wheels had be changed, because the russian tracks are a few centimeters wider than the tracks in Europa and Asia. So the train went into some kind of garage, and there the whole train was lifted up two meters while the wheels below it where changed.

After all these border procedures we could continue our way through Belarus. The whole stuff at the border took around 5 hours, so it was pretty late already, and I didn’t see much of Belarus cause we crossed it during night. When I woke up the next morning, we were already driving through the suburbs of Moscow and arrived shortly after.