I still can’t really believe it, but I actually made it into China. During the 5 months i have been travelling, I met a lot of people who had been in China and told me a lot about it. Some loved it, some hated it, but really everyone told me that it is totally different from anywhere else and a very difficult country to travel. This is mostly due to the fact that absolutely no one seems to speak English. I was a bit nervous about that, but on the other hand I was looking forward to some kind of a challenge after having spent 3 months in Vietnam, Laos, Cambodia and Thailand, where there is a highly developed tourist infrastructure and it is very easy to travel. This is convenient, but it sometimes seems that there are more foreign people than locals, which feels a bit weird after some time. In contrast to that, I didn’t see ANY foreigners anymore as soon as I entered China. I think I saw the first non-Chinese people after 4 days in the centre of Kunming.

I haven’t done any particularly exciting stuff yet, but here is a highly subjective list of my first impressions of the country:

English Skills
The English language knowledge is really as bad as people say. Virtually no one speaks only a single word of English. This makes everyday issues like eating quite difficult. Restaurants usually have no English menus, so ordering food is often randomly pointing at an item on the menu and hoping it will be something good. China has a lot of very tasty food, but even more food that is very unusual to foreigners, and ordering without knowing what it is will most likely give you a dish that contains either pig intestine, chicken feet or something even more disgusting. Many restaurants have menus with pictures, but that doesn’t always help. Once I ordered something that looked like some noodle dish on the menu, but the noodles where actually a weird kind of noodle-shaped mushrooms and the dish was so spicy that I didn’t even finish half of it. 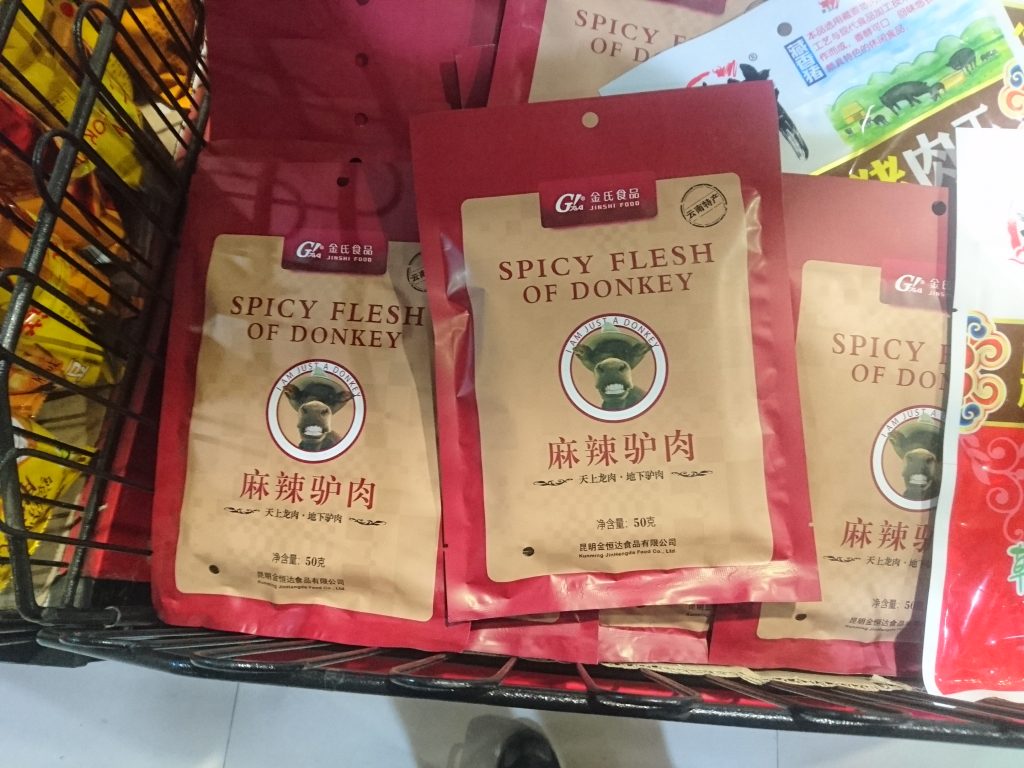 Sometimes there is at least an English description on the food.

The absurd thing is that everyone learns English in school. But apparently the learning style is totally useless and only aimed at preparing the students to pass the exams, but they are never tought how to actually speak. The typical Chinese mentality of being afraid to loose your face by doing something wrong doesn’t make the whole situation better. This situation is similar like what I encountered in Vietnam, just a lot worse. Luckily, similar as in Vietnam, there are more and more private initiatives popping up that try to teach English in a more useful way. I actually took part in one and spent one morning as an “English Teacher”, talking to a couple of 9 year old Chinese kids, which was quite fun. 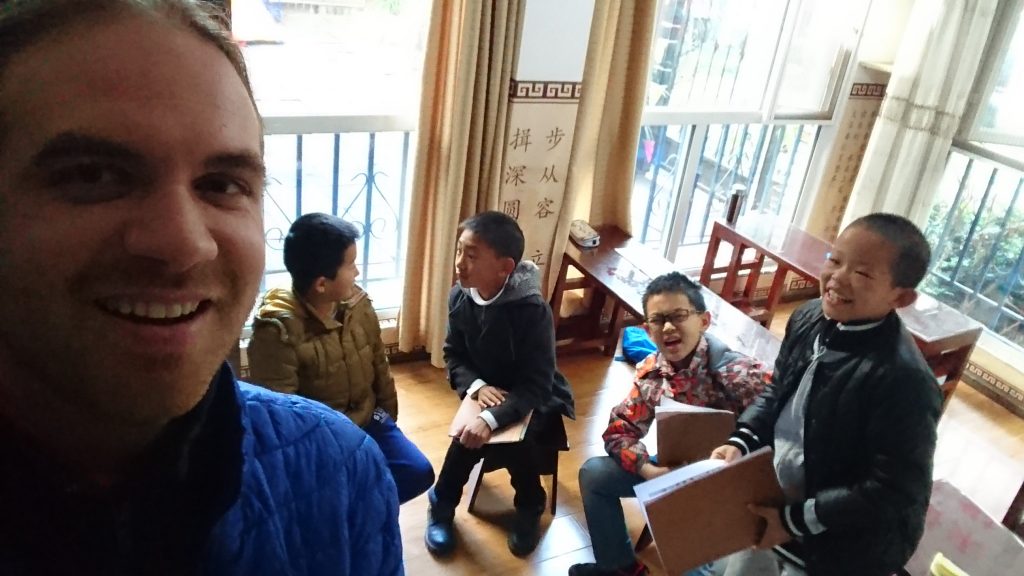 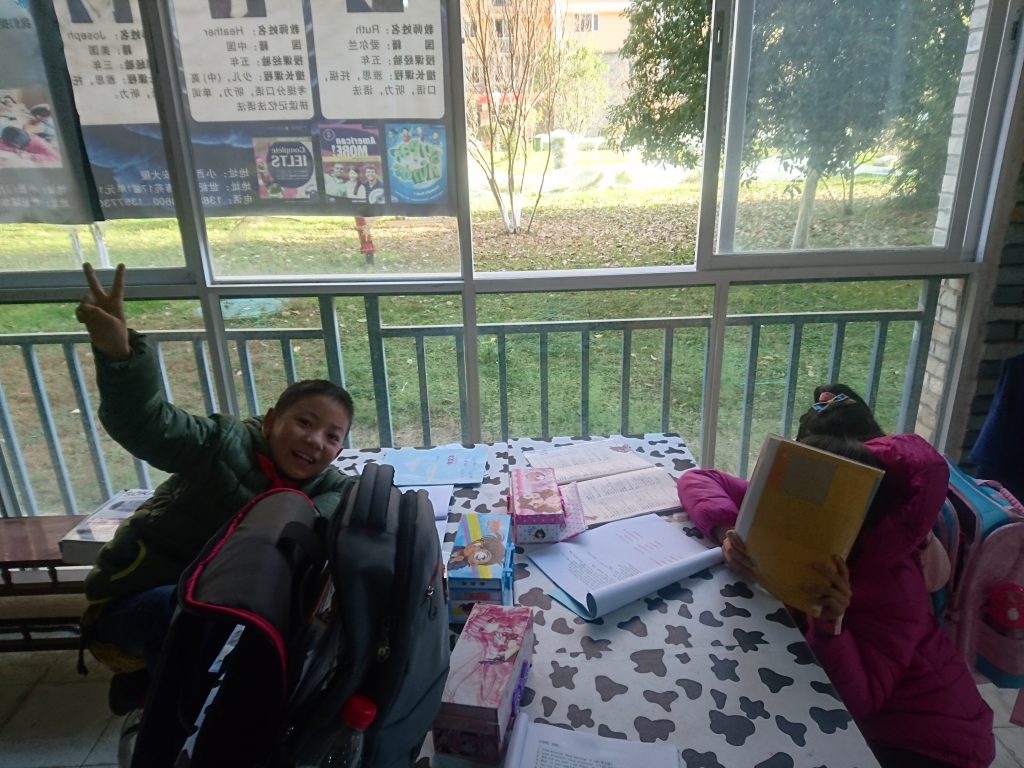 Traffic
The traffic in South East Asia was already very bad and potentially dangerous, but in China it is even worse. It is not as super chaotic as it is in Vietnam for example, but in China the people seem more inconsiderate and apparently don’t care about anyone else. While in Vietnam I always had the impression that cars and motorbikes will anticipate your movement as a pedestrian and avoid you, I honestly have the feeling that Chinese people will simply run you over if you get in their way. Two hours before writing this, I walked along a driveway and looked to the right, and from the left a scooter came and crossed my way less than 20 cm in front of me. If I had taken a bigger step, it would have crashed straight into me, but these people really don’t seem to care. Someone even told me that if you get hit by a car, the first thing you have to do is roll out of the way immediately. The car driver will have to pay your hospital costs, and since these can be very high, some drivers prefer to run over a pedestrian a second time, because the costs for a funeral will be less than for the hospital. This is about the most horrible thing I have ever heard and I really hope it isn’t true, but it wouldn’t actually surprise me that much.

Freedom
The government control of the population seems to be pretty much what I expected from China. Everything official is very organized and people have to carry passports or IDs with them at all times, which is checked quite often. Even during a normal bus ride between cities buses stop regularly at army / police checkpoints and armed officers walk through the bus and check everyones ID (and if my visa is valid).
Media control is another thing here – so far I noticed how difficult it is to buy foreign books for example. In Kunming, I found one book store that sells books in English, German and French. All of these books were very expensive (except one English translation of Chinese stories that were apparently in line with the government opinion). This store also sold Lonely Planet books, it even had the Lonely Planet China, which apparently is more or less illegal in China (this book is regularly confiscated from tourists who carry it while in China). 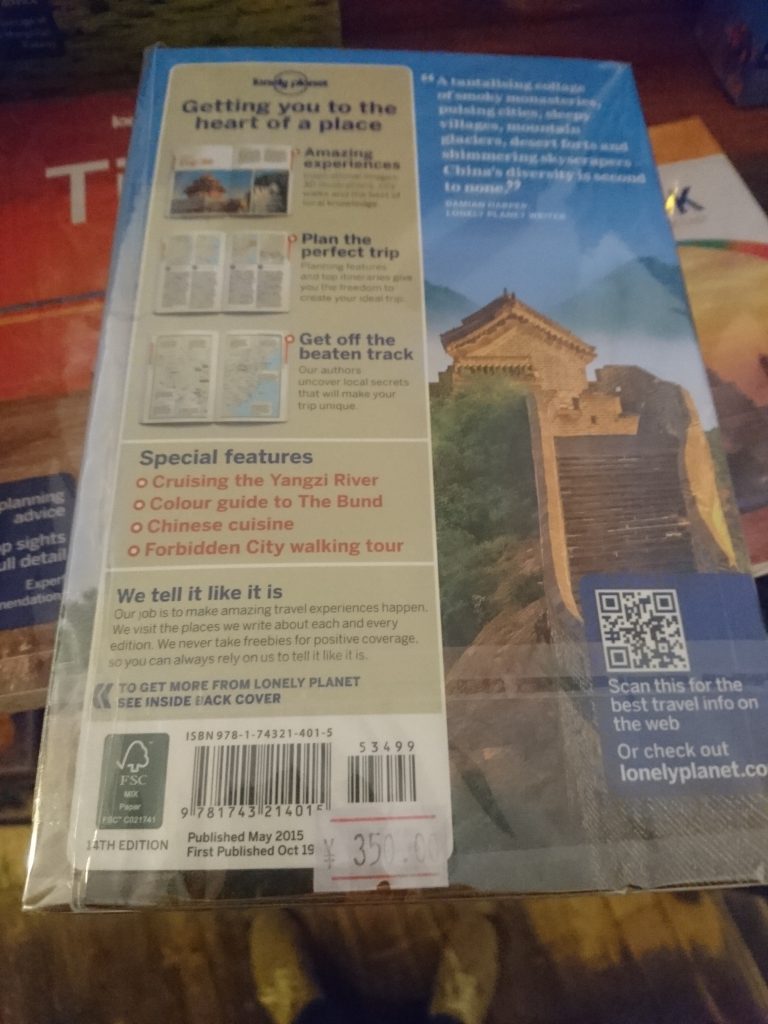 Lonely Planet China. The price tag says 350 Yuan, which are about 50 Euros.

The LP books where all 2 to 3 times more expensive than normal and were all wrapped in plastic, so it is impossible to have a look inside it before paying a lot of money for it.

However, there seems to be protest as well – In Kunming I saw this guy standing on the street, being surrounded by pedestrians who simply looked at him. 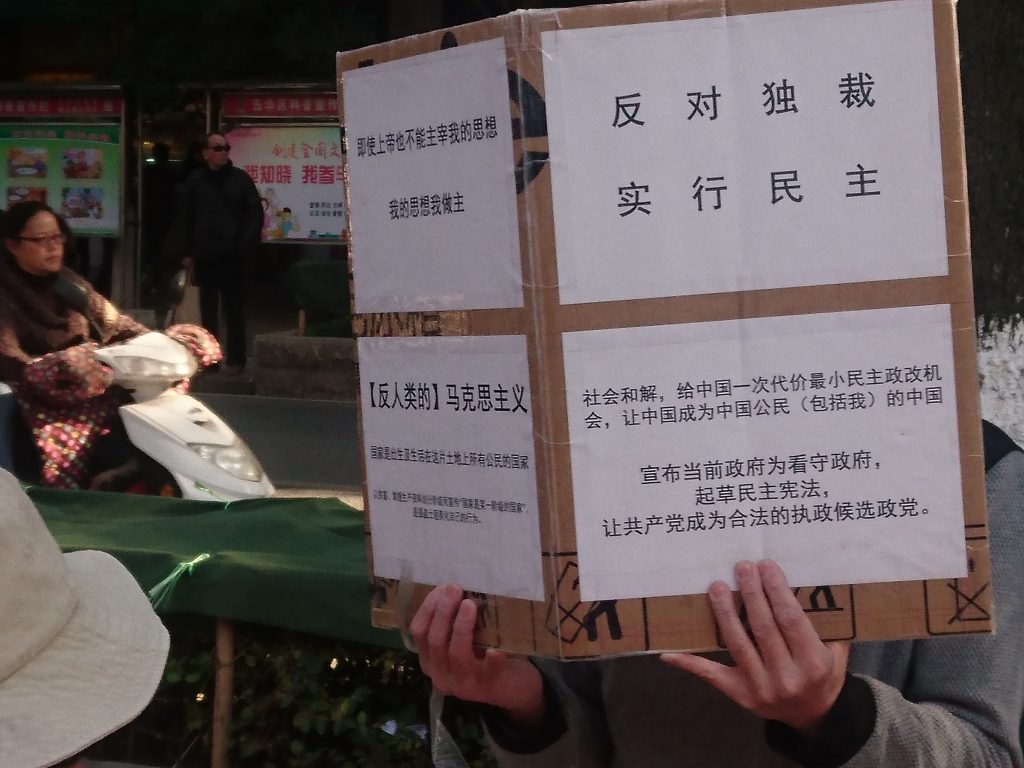 A Chinese friend told me that the sign says something about democracy and minorities who also want to be real citizens of China (Kunming is the capital of Yunnan, a province with many ethnic minorities). She also told me that I was lucky to have seen this guy, because he probably didn’t stand there for very long and will not be able to do more of such protest for a long time.

Internet
The internet situation is really, really bad. Everyone heard of the “Great Firewall” that blocks many western web services like Facebook, Google, Whatsapp etc. It is possible to work around this by using a VPN. However, the censorship is not even the biggest problem, it is rather that the connection is just really unstable and slow almost all the time. I haven’t used a single WiFi that could keep a connection for more than 10 minutes, after some time it always breaks and I won’t have connection for several minutes.

Habits
In the west, Chinese people are a bit famous for having weird habits that seem very rude and disgusting to us, like very loudly clearing their throat and spitting its content on the street. This is entirely true, and when I came to China, it took a bit time until I got used to hearing that sound every 10 minutes. What is interesting about it is that this is completely a cultural issue – what is considered rude in one country is totally normal in the other. In China, it is considered really disgusting to blow your nose into a tissue, and even put that tissue into your pocket afterwards. I had a cold when I entered China, and it is difficult to get rid of the habit of wiping your nose when you have done that for all your life. I learned it the hard way after I had done it once in public and got a lot of really disgusted views from the people next to me.
Another thing i noticed in this context is that there is a weird superstition when it comes to numbers. 4 is considered a bad number (apparently because it is pronounced the same way as the word for death). In constrast, 8 is a lucky number. And this actually has significant impact on everyday life. When I bought a local SIM card, I got my card significantly cheaper than usual because it contains several times the number 4. Numbers that contain the number 8 are more expensive than other numbers. Also, when searching for a flat, it is easier to find one on floors 4 or 14, because many people don’t want to live on a floor that number contains a 4.

That’s it for now, I’ll be writing more soon when I have experienced more exciting stuff.